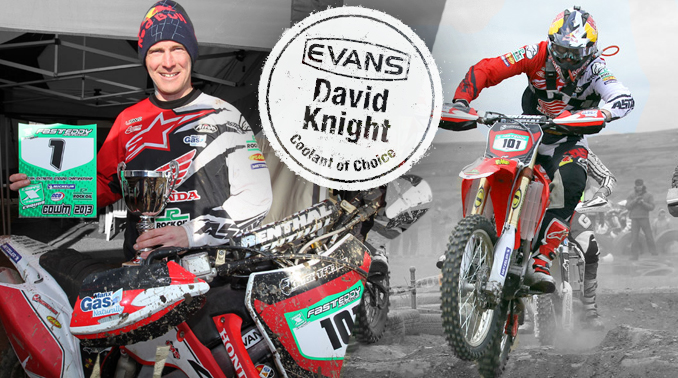 David Knight, “ I had a lot of fun at the race today, I was pretty confident going into the race as I'd been testing in Spain all week getting ready for the EWC and felt I was riding well. I got a poor start but got past the guys in the first few corners then just tried to ride smart and ride my own race. Apart from the rear brake problem, which was caused by me bending the pedal, and then the dump filler not working which both cost me at least a minute each, the race went very well. I had no crashes which wasn’t easy as the track was very frozen and the Honda CRF250X ran brilliantly all day. I really really enjoyed the race, the track was tough in places but lots of fun today and I think it actually made it more fun having the brake problem and coming from behind to win, Graham was back to his solid steady self and it was good to be able to catch up pass and pull away from him as he is riding well also.

The best thing for me is it’s a big confidence boost as I've never been to Cowm Quarry before in my life and I know all the other guys train here a lot as it’s an awesome venue, so that’s really good to know and I'm really pleased how the past few races have gone. Again a big thank you to the Greek for prepping my bike perfectly, Paul Ed and his team for putting on 2 tough fun races and all my sponsors and supporters for making it possible for me to race."

Text and images courtesy of www.knighter.net